All CCPL locations will be closed for the Independence Holiday on Monday, July 4. We will reopen for regular hours on Tuesday, July 5.

Check Currents or the Calendar of Events site for more events. 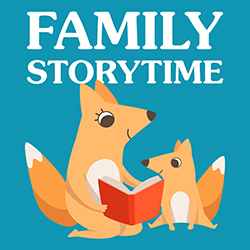 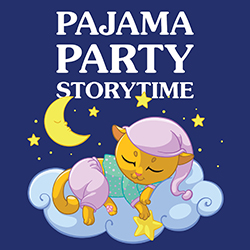 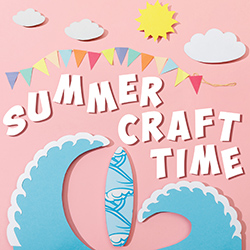 Summer Craft Time
Friday, July 8, 2022 - 12:00am - 12:00am
Ages: Birth - 5
More information
Craft supply kits will be available on a first-come, first-served basis at CCPL's Westminster Branch. You can pick them up at storytimes or starting on Fridays, during library hours, while supplies last. 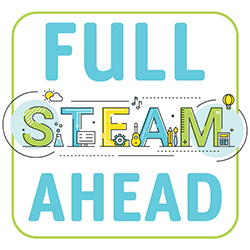 Full STEAM Ahead
Friday, July 8, 2022 - 10:00am - 11:00am
Ages: 3 - 6
More information
An early learning program that explores STEAM concepts to spark curiosity in young children through interactive experiments and activities! 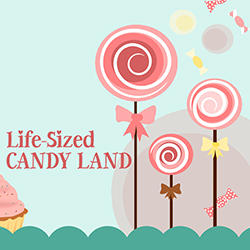 Life-Sized Candy Land
Friday, July 8, 2022 - 2:00pm - 3:00pm
Ages: 3 - Adults, Adults
More information
Now you can step into the classic game of Candy Land! Make your way through the kingdom and collect special treats along the way! 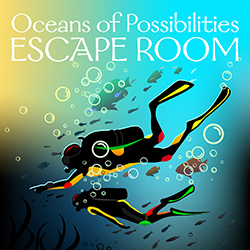 Oceans of Possibilities Escape Room
Saturday, July 9, 2022 - 10:00am - 11:00am
Ages: 13 - Adults, Adults
Registration and more information
Join us for an ocean-themed escape room. Can you escape in time?

Oceans of Possibilities Escape Room
Saturday, July 9, 2022 - 11:00am - 12:00pm
Ages: 13 - Adults, Adults
Registration and more information
Join us for an ocean-themed escape room. Can you escape in time? 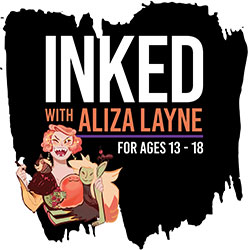 INKED
Wednesday, July 13, 2022 - 3:30pm - 5:00pm
Ages: 13 - 18
More information
Join us for an exciting monthly workshop where you get to learn the art of creating graphic novels and comics with Mx. Aliza Layne, local cartoonist, illustrator, storyteller, and author of Stonewall Honor Book Beetle and the Hollowbones!

All artistic levels are welcome, so come express yourself, get creative and make connections.

In the meantime, Mx. Aliza Layne is currently writing and drawing demon street, a long-form fantasy webcomic for all ages. Be sure to check it out here! 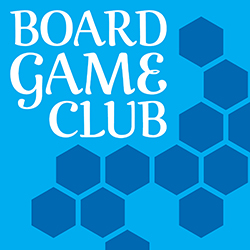 Board Game Club
Thursday, July 14, 2022 - 6:00pm - 7:45pm
Ages: Adults
Registration and more information
Do you like to play board games? Well, then this is the club for you. Every month we'll learn a different board game. This month we're playing Hasbro's classic game Scattergories. This is a fast-paced game you play in teams. Try to name as many items that fit into the listed category as quickly as you can, the more items your team names before time is up, the more points you receive.

Summer Craft Time
Friday, July 15, 2022 - 12:00am - 12:00am
Ages: Birth - 5
More information
Craft supply kits will be available on a first-come, first-served basis at CCPL's Westminster Branch. You can pick them up at storytimes or starting on Fridays, during library hours, while supplies last. 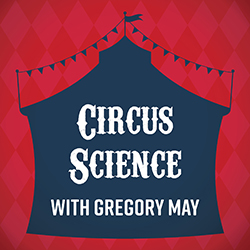 Circus Science with Gregory May
Friday, July 15, 2022 - 10:00am - 11:00am
Ages: 5 - 12
More information
Experience the wonders of the circus without the cost. Gregory May, a former Ringling Brothers performer, uses amazing tricks to explore the circus world - and explains some scientific principles behind the razzle-dazzle! 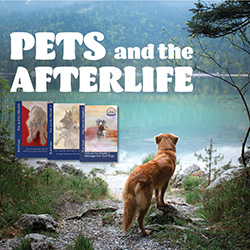 Pets and the Afterlife
Saturday, July 16, 2022 - 1:00pm - 2:00pm
Ages: 16 - Adults, Adults
Registration and more information
Learn how your pets in spirit have the ability to send signs and helpful tips on how to cope with grief from their loss. Rob Gutro, medium, scientist, and award-winning author of the Pets and the Afterlife series, will discuss the ways pets communicate and will provide some amazing examples of their signs. You'll be able to identify signs from your own spirit pets. Books will be available for purchase and signing. Rob has been featured on CBS's Unsolved Mysteries Podcast, the Washington Post, MSNBC. Visit his website for more information and to purchase his books: www.robgutro.com. 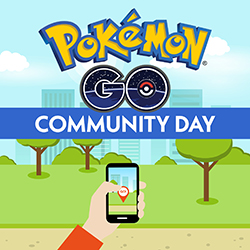 Pokémon Go: Prepare for Community Day!
Saturday, July 16, 2022 - 2:00pm - 3:00pm
Ages: All Ages
More information
Drop by for a day of Pokémon Go as we learn the ins and outs of participating in Community Day on July 17. We’ll hunt for creatures and complete some crafts. Come catch ‘em all!

Meeting rooms are available for public use Sunday through Saturday, excluding library-observed holidays.

We have 2 meeting rooms available for public use: 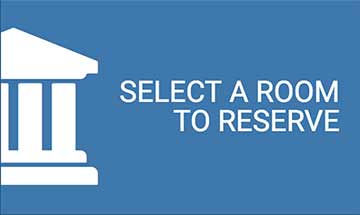 Library service in Carroll County began in 1863, when the Westminster Public Library was founded by Reverend J. A. Monroe and Dr. Charles Billingslea. The library was supported by membership dues and fines, and was open to the public on Friday afternoons. Relocating over the years from the Odd Fellows Hall to the new Times Building and then to the second floor of the Wantz Building, Westminster Public Library was still a one-room library in the 1940s.

In 1949, Mr. and Mrs. Walter H. Davis announced that they would give a public library building to Westminster and provide an endowment for its support. At that time, the Westminster Public Library turned over its operation and assets to the Davis Library. The Davis Library, housed in a former Methodist church building, was formally dedicated as a library in May, 1951.

In 1958, after ten years of lobbying, a county-wide library system was established, with the Davis Library operating as the central branch. Carroll County's first modern library facility, the Westminster Branch, opened at 50 E. Main Street in March, 1980.

A major interior and exterior renovation to the building and park began in 2008. The interior renovation included a complete redesign of interior public space and features a train-themed children's area. Improvements to the Mary Lou Dewey Park in front of the branch included a redesigned entrance, new landscaping and walkways, and the Booth Memorial Stage, a performance platform for concerts and educational programming. Private funding made the addition of Wild Imaginings, a library-inspired sculpture by world-renown artist Bart Walter, possible.